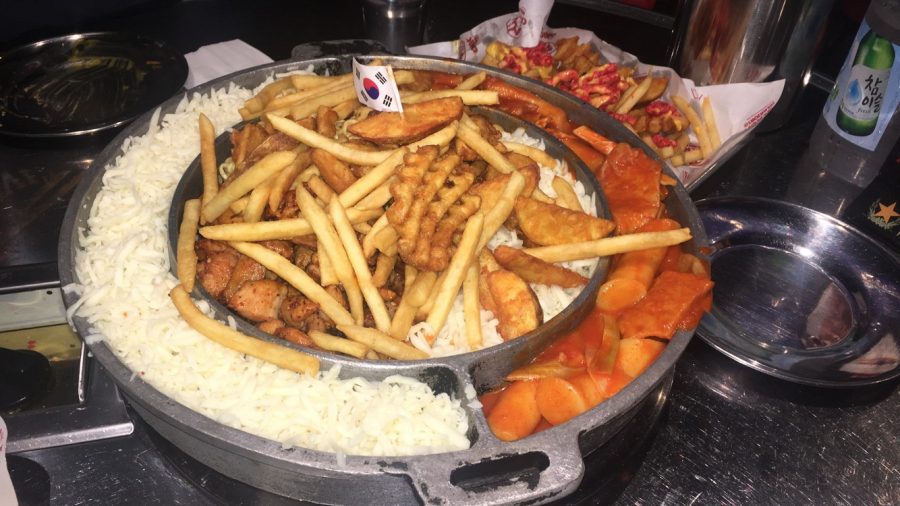 One of the most talked about food, specifically in the greater Los Angeles is street food and small shops.

The popularity of LA food on social media is difficult to explain due to its variety of styles, incorporation of cultural fusion foods, healthy concoctions and trendy creations.

Jorge Martinez, an active supporter of small business owners, commented, “It doesn’t really matter if they have a restaurant or not because what really matters is the food, service and the people.”

Martinez supports street taco vendors and all of the people that make efforts selling food on the streets to make a living or even to grow their businesses.

There are multiple small businesses selling their most signature and one-of-a-kind foods and creations in their stores or outdoor location.

Although most of the business locations are located in small communities, its popularity only grows larger and larger on their social media platforms.

In greater LA, the tradition has been a staple that has really stuck to the area and most of the city.

There are multiple small businesses and street vendors that would branch into social media platforms to gain a larger following and more clientele.

Most people that eat at the businesses are locals from the community and food bloggers that would share their signature creations on social media to their large media audience.

Although the small business owners are only starting out with a few items on their menu, their popularity spreads as far as the outside of the United States on social media.

“I have some close family friends and people that I known that have come from Mexico, El Salvador and other places to the United States to share their country’s most popular foods there,” Mia Velasquez a supporter for street vendors added, “I don’t think they should be discriminated or put down for sharing their signature food from their countries or even trying to build their business by themselves.”

Multiple people would use ingredients found in the United States with the techniques and adaptations learned in other parts of the world or even made up from themselves to create their signature dish.

In LA around the afternoon to sunset time on weekends, driving through the neighborhoods, it is inevitable that someone might see a taco stand or a small ice cream shop on the side of the street.

“I have my go-to taco stand that I go to usually, [the owner] is a cool guy and makes some bomb tacos de al pastor and asada,” Martinez said.

Velasquez added, “To be honest I like trying new tacos places, like White Boy Tacos that aren’t really Mexican but are sort of an adaptation from the original with the chefs own personal twist which makes the dish even more delicious.”

However, there have been multiple complications and obstacles making it difficult for street vendors to sell there foods and products legally on the streets.

In early 2017, the LA had put into place rules and regulations on street vendors, making most of them face misdemeanors criminal charges for selling on the street.

As of 2019, the adoption of the Safe Sidewalk Vending Act, SB 946, has protected multiple vendors from possible deportation and allow vendors to continue selling with some regulations that are ultimately for their safety.

Jonathan Calzada said, “I see how difficult some of the [vendors] work and I try to help them out as much as I can because they are cool people and very hard working.”

Street vendors and small businesses are usually seen in a small group or independently selling, cooking and managing their food spot, which is basically the same steps and procedures that chain restaurant do, but on a smaller scale.

“I can’t stress that amount of support that I have for street vendors and admiration for all their hard work because they are out there working mostly all the time and hustling,” Velasquez stated.

There are multiple street vendors that have their license and are following the regulations that the city of Los Angeles had given them to continue thriving in their small business.

The Safe Sidewalk Vending Act has allowed multiple taco stands, chopped fruit stands and other food shops to have a thriving and blossoming business even if they don’t have the same resources and benefits as corporate level and chain businesses.