If you look to your right! 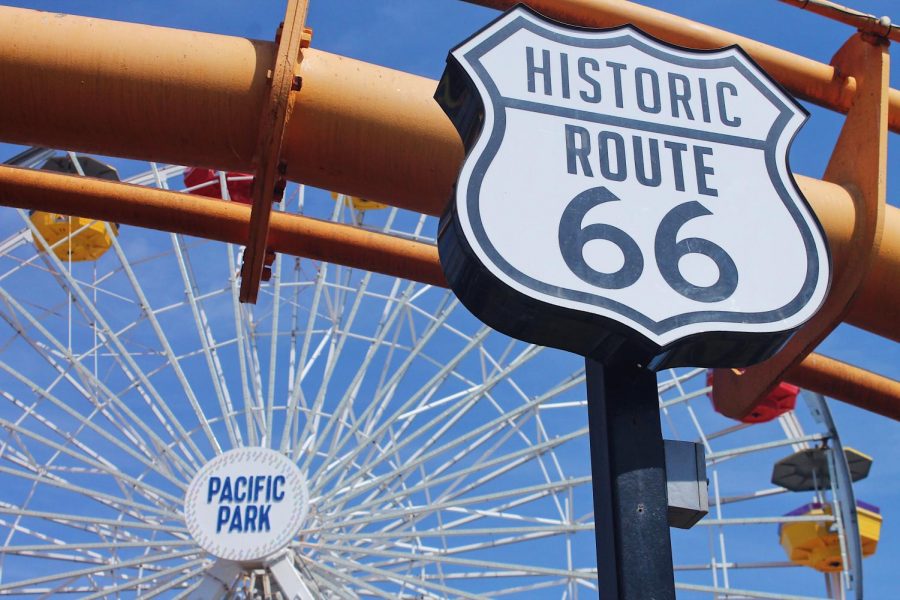 What better place to take a tour of than the City of Angels?

The tourism industry has one of the highest economic impacts in LA. In just 2017 alone, 48.5 million tourists visited the city and spent $22.7 billion dollars. Well-known buildings and locations, such as the Los Angeles Convention Center, play a big role in attracting these guests.

LA tours are the third most popular activity on a traveler’s list when heading into the city. Some of the most popular tours offered are the Celebrity Homes Tour and the Hop-On/Hop-Off Bus Tour, in the heart of LA near Sunset and Hollywood.

If seeing a famous face was on a tourist’s bucket-list, they’d have more luck booking the TMZ Hollywood Celebrity Tour where they’ll be taken to celebrity hot-spots all across the city.

Jared Ross, a tour guide with TMZ, said, “It’s strange, but really our viewers from the show are really the only people who book tours, and since the show is in the UK too, the tourists stop here as well.”

If seeing iconic venues was desired, a tourist will want to book with agencies such as Starline Tours or LA City Tours.

Starline Tours has been entertaining tourists since 1935, making them one of Hollywood’s oldest tour company. They offer the world-famous hop-on/hop-off bus tours with pre-recorded tapes, and then deluxe tours for those who wish for a live tour guide.

LA City Tours has been in service for 39 years. With LA City Tours, a tourist has the ability to choose from a variety of different tour routes such as the Hollywood Grand City Tour and the LAX Layover Tour where the bus can pick up tourists straight from the airport, give them a 6-hour tour of the city and return them back to the airport or hotel that they’re staying at.

The point of any tour is to entertain tourists all while teaching them all the great aspects of the city.

Marshawn Rush, 40, a recent tourist from Nebraska, explained that because of her tour, she had “the best day ever.”

“I’ve seen so much on this tour that I feel like I can go home now,” she joked. “The Hollywood Sign was amazing, and my husband loved the Staples Center. It’s great because you see it on TV all the time.”

Zachary Johnson, 20, from New York explained that touring through Downtown LA was his favorite part because “you see all the businesses, different shops and different people; just feel like you’re a part of it all.”

Behind every great tour, are the people that made the experience possible: tour guides.

The industry supports about 5,000 jobs, giving California the highest employment rate for tour guides than any other state. Most of them are based in Los Angeles.

Denise Tucker, 56, is an LA-based tour guide that has been with Starline Tours for 5 years. Before that, she had been driving for Metro and various school buses since 1989.

“I love my job,” Tucker states, “I love people and I love talking about my city.”

Tucker, just like many tour guides, starts her shift sometimes as early as 5 a.m. and goes to multiple hotels to pick up her assigned group of tourists. From that point on, everything is done together: eating, visiting scenic views and bonding over the horror that is LA traffic.

Being bilingual gives them an advantage, as the industry is always in need of tour guides that are able to speak the language of the tourists.

Shaheen Bader, 52, has been a tour guide in LA for 7 years and came to the states from Pakistan about 25 years ago. Other than English, Bader is able to speak some Spanish, Urdu, which he describes as a mixture of Persian, Arabic and some Latin, and Bangladesh.

“I learned because of the people I met in the tour company,” he explains, “It helps because I’m able to communicate to those people.”

Before being an official tour guide, Bader worked in the office of VIP Tours, helping with coordinating the tours and sending out the discharges. This changed when his boss suddenly asked if he’d like to go ahead and do the Celebrity Homes tour.

“I hate driving, but the thing I love is that I meet people from different parts of the world,” he said, “I learn something new every day.”

Celebrating many cultures and diversity, Los Angeles welcomes many visitors and loves people from all walks of life. It truly is the city of dreams for all who come in.