‘You were born naked and the rest is DRAG’ 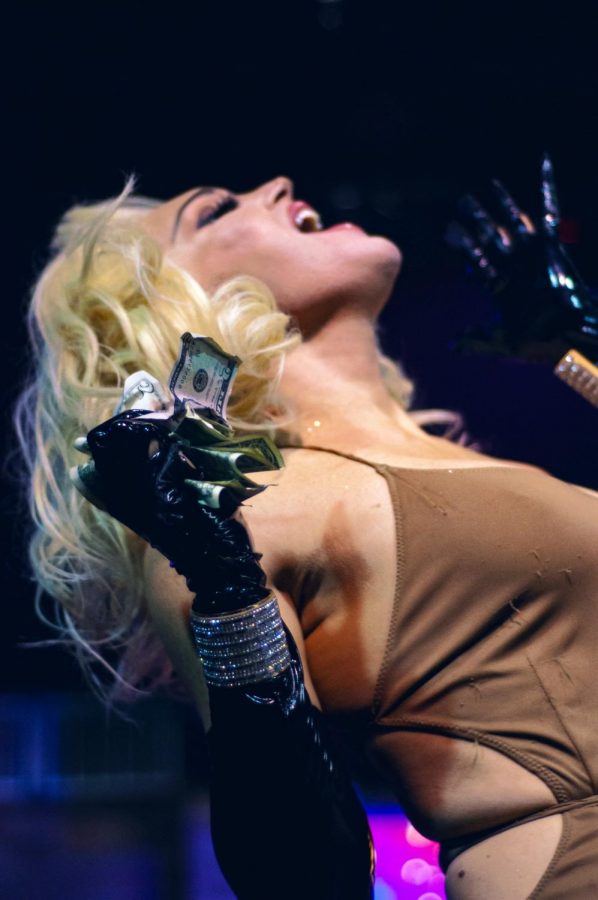 Drag is art. A walking, living and breathing art form full of attitude and pure love. When someone is in the presence of a drag queen, they cannot help but admire and attempt to take in every stitch and sequin. A performance from a drag queen is one of the most intensely immersive art experience and the queens know this. Drag Queens live to make you gag.

Let’s make one thing clear, drag is not the desire to be a woman, it is the act of impersonating a woman. The way a woman is projected is chosen by the drag queen. It could be satirical or realistic. Either way, it is the art of the queen and it is hard work.

The hours of makeup, the creation of the outfit, the heavy wigs, the heels and the tucking! Then comes performance time, where drag queens balance it all while performing death drops and lip syncing, or actually singing, to an audience eager to shower them in dollar bills.

It’s not news to know how much scrutiny the LGBTQ community goes up against. For years, gay men and women faced the fear of imprisonment or deadly assault with no justice if their sexuality was discovered. It was not till the 1969 Stonewall Riots in New York City that a major gay rights movement occurred.

Gay people have existed since the beginning of time and they will never go away, from now untll the end of time they will only become more visible society. LGBTQ members of society present themselves in many ways, and drag just so happens to be one of the most extra ways to do so.

In 2019 there is no scarcity of businesses that are LGBTQ friendly, but back in 1972 when those businesses were a little harder to come by, a little place called Hamburger Mary’s opened its doors in San Francisco.

Hamburger Mary’s, which brands itself as an “open-air bar and grille for open-minded people,” is still living and breathing in many states all over the country and has established itself as a staple in drag culture.

With every location having its own quirky decor and different weekly event catered around drag, no matter which one you visit you are in for a great night. Most events are 18+ which helps to cater to the younger LGBTQ community, something that is extremely important.

At a young age, many will already have a feeling that they are same-sex oriented. In Los Angeles, where the majority is heterosexual it is easy for a child to feel as if they do not belong. Being able to be exposed to people who break out of the norm and have found the scene where they feel welcome is so crucial for these young kids to see.

The Hamburger Mary’s staff is super friendly and are eager to serve you a drink like “The Bossy Bottom” that will have you cheering extra hard.

At the Long Beach location of Hamburger Mary’s, Wednesday nights are known as Wild Wednesdays, where they invite queens from RuPaul’s Drag Race to perform. Fans reserve special VIP tables up front and cash out their big bills for singles.

The vibe is like no other when the lights dim down and the DJ plays the first track that signals the beginning of the show.

On March 13, Hamburger Mary’s hosted their Wild Wednesdays Drag Show and their first queen who performed is Silky Ganache from season 11 of RuPaul’s Drag Race. Performing in rotation with Silky is Jaidyn Fierce from season 7 and Kylie Sonique Love.

Silky delivered an entire fantasy from the top of her wig to the bottom of her gown and worked the entire room, showcasing the reason why she was chosen for this season of Drag Race.

Jaidyn Fierce paid homage to iconic female artists in her own iconic costumes she handmade herself. She performed to Lady Gaga, Rihanna and Nicki Minaj, serving every song with such high energy.

The tender and delicate Sonique was the most graceful queen that night, delivering sultry and sexy numbers all night. Her body was her weapon and she had the crowd’s jaws dropping.

The crowd was excited to be there. Every queen performed their act with every ounce of their heart and the audience felt that. There were couples enjoying a night out and families, as Hamburger Mary’s is family-friendly.

Celebrating birthdays and groups of friends just enjoying is part of the Hamburger Mary’s experience.

2019 is the golden age of drag, with RuPaul’s Drag Race in season 11 and the abundance of gay clubs and bars, we have a steady flow of sickening drag queens each with their own unique way of expressing themselves.

RuPaul’s Drag Race has a great display of talent and drama each season, but also features many heartwarming moments. Many queens confess to having just come out to their mothers as drag queens right before the show and queens let the viewer in on rough patches where they struggled with their sexualities.

There is something so beautiful and so touching to see and meet someone who is 100 percent themselves. Someone who has no fear of the sideways glances or passive aggressive comments.

Someone who has gone to hell and back to become so unafraid to be the person they were always destined to be. May these people, these drag queens, be our inspiration.