Meeting a person who has impacted many lives is rare.

Retired baseball coach, Wally Kincaid, was one of those people.

He made an impact on players on and off the baseball field, during the time, he coached for Cerritos College. He coached for 22 years before retiring.

Kincaid was 89-years-old and died of natural causes on Monday, Nov.16.

After the holidays the family will be having private services to celebrate his life.

Cerritos College Athletics Director Dan Clauss said, “I had the pleasure of meeting Wally Kincaid for the first time when we inducted him to the hall of fame, and the stories about him, and how he shaped Cerritos College athletics and put Cerritos College on the map was amazing.”

After high school, he went to Whittier College.

He was inducted to the college baseball hall of fame in 2010.

While being inducted, in his speech he once time played the Army Air Force against baseball legends Joe DiMaggio who played center field as well as Charlie “Red” Ruffing which was a thrill for Kincaid.

In the fourth inning of that game, Kincaid remembered hitting a double-off Ruffing and was the biggest thrill in his life.

He said, “Baseball has been very good to me. It’s a simple game you play catch, put the ball in play, and throw strikes and you win most of your ball games.”

Cerritos baseball head coach Ken Gaylord said, “He had the ability to break the game down and make it simple for you. He would put you in a situation where you could be successful,”

“The way he could slow the game down with his eyes and make adjustments […] It was remarkable. He really taught you the game and to believe in yourself.”

“What a lot of people don’t know, is he was actually hired as the basketball coach here, and then he became an assistant baseball coach and talk about things and I remember him telling me he liked basketball, but he didn’t think he will ever get enough big guys so then he switched to baseball […]”

Out of state friendships

Oregon University baseball head coach George Horton who played for Kincaid in 1972-73 said, “I have amazing thoughts of coach Kincaid.

Horton remembers a time when he went back to Cerritos to be an assistant coach and had a part time job. After he played for Kincaid, so he doesn’t know if it was the first practice, but very early in the going, practice was over a lot of equipment like the bats, balls, buckets and the bags and all the players had left and the coaching staff had a meeting after.

Horton was leaving to go to his part time job and Kincaid said, “You’re not going to be a good coach.” It hit Horton square between the eyes and said, “What do you mean by that?” Kincaid then said, “Well everybody wants to be a coach and hangout with the guys and asked who is going to pick up all the equipment? If your not willing to pick up the equipment you’ll never be a good coach.”

Horton has told this story to players who wanted to be coaches this experience.

Horton said, “If you ask the definition of coach Kincaid I would say he was organized, he was meticulous as organized and ahead of practice organization and game organization of anyone I have been around till to this day.”

One of Vaughn’s favorite stories is a day where in his mind was when coach Kincaid was not being a good coach until after the fact Vaughn started a game in Pasadena City College and Vaughn faced the first three hitters in the lineup the first one hit a home run the second hit a double and the third hit a home run and after facing those three hitters. Vaughn looked at the dugout wondering if coach Kincaid was going to go talk to him and Kincaid was seated at the end of the dugout bench and it was obvious Kincaid was not going to talk to Vaughn.

Vaughn then proceeded to walk the bases loaded and looked at the dugout to see what Kincaid’s reaction might be and Vaughn realized that Kincaid was allowing Vaughn to work his way out of this situation. Kincaid by letting Vaughn stay in the mound gave him a great deal of confidence because the next three hitters Vaughn was able to get out and not give up another run.

Only to be followed by the bottom of the second inning to face those hitters that hit the home runs and double Vaughn proceeded to walk those three and have the bases loaded and Vaughn was questioning if Kincaid understood that Vaughn wasn’t having a good day and out of Kincaid’s wisdom. Kincaid  taught Vaughn to work out of situations and become a better pitcher.

Vaughn got the three outs in the second inning without giving up a run and the team eventually won the game 4-3 and from that day. Vaughn believed that he could get three outs with the bases loaded and not give up a run thanks to Kincaid believing in Vaughn’s pitching.

The story is an illustration of how he built confidence in players Kincaid showed confidence and believed and knew Vaughn could get those people out and Kincaid allowed him to do it.

“Wally probably didn’t get the recognition from the general public that he was certainly due but everyone in baseball I think recognized what he was doing at the time, was ahead of himself  and because it was at a community college not everybody is aware of Kincaid but baseball knows him and what he implemented while coaching.”

Gaylord was a two-time All-South Coast Conference selection at first base and helped Cerritos win two consecutive State Championships and a combined 75-8 record.

He then moved on to UCLA for his next two seasons and was named First Team All-PAC 8 as a senior.

“He was an amazing man you know it’s not like he liked the star players or didn’t like them, but he took such pride in guys that weren’t much talented but were smart and when you played from him there was no star treatment, everyone was treated the same and it was an amazing experience playing for him.” Gaylord said.

In 1973, he returned for his second season and was part of the team that went 38-4 and were State Champions.

“The life skills and baseball foundation and the friendship […] I consider coach Kincaid like a second father to me. He was a great mentor, great educator, great teacher and his impact on George Horton’s life is immeasurable.”

Vaughn, the most successful pitcher in Cerritos College baseball history. He was the ace of the 1966 baseball team that went 40-0 and won the state championship.

He went 16-0 with 119 strikeouts in 127 1/3 innings and concluded his two-year career at Cerritos with a school record 29 wins with just one loss.

“The saddest part for me is that he is gone and I know he had a great deal of influence in my life, he changed my life and I will be forever grateful. He was a big part of my life and I will miss him dearly and I hope one day when we are all up in heaven we could suit up and play the game again,”  Vaughn said.

“I cherish his friendship and what he taught me and I feel very blessed that I knew him and got to play for him.” he added.

Kincaid left a legacy at the community college level, one that has only grown thanks to the players and coaches, Kincaid is the John Wooden of  baseball. 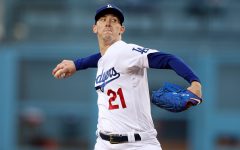 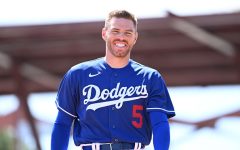 Breaking down the Dodgers’ new roster