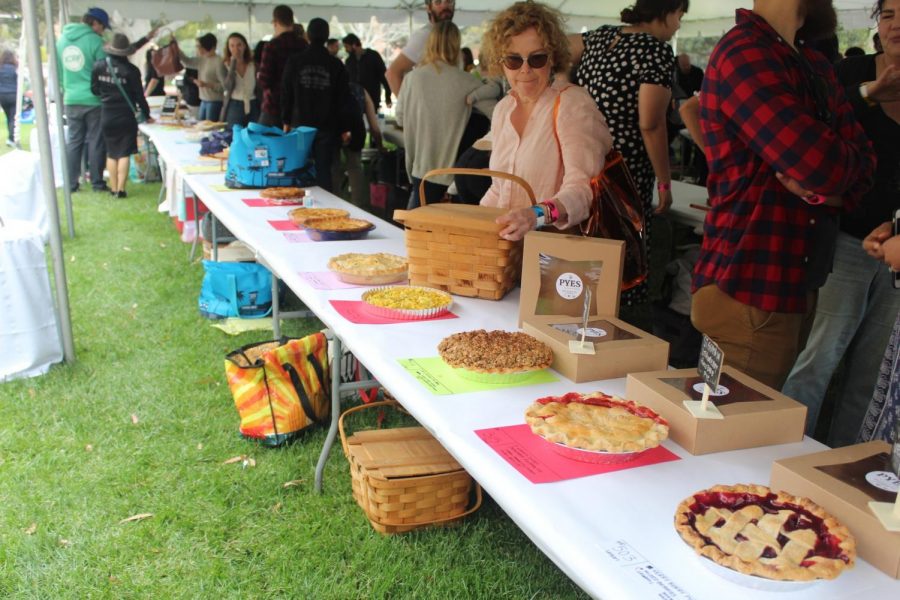 Novices and professional pie makers a-like came out to offer their most sumptuous creations at KCRW’s 10th Annual Good Food Pie Contest, the line was long but the one of a kind pies were well worth the wait. Photo credit: Oceana Christopher

In celebration of all things pie, professional bakers and home cooks were given the opportunity to compete side-by-side at KCRW’s 10th Annual Good Food Pie Contest on April 28 at UCLA’s Royce Quad.

Participants brought out their tastiest creations with the hopes of garnering the attention of KCRW’s Good Food pie judges– a collection of Los Angeles’ finest chefs and food writers.

With nine different categories of pie– from fruit to savory, from custard to vegan, there truly was something for every palate.

Set to a backdrop of beats from the likes of KCRW’s famed DJ’s Garth Trinidad and Anne Litt, it was impossible not to get into the spirit of pie.

The number of options was dizzying and mouthwatering at the same time. The line was long but it made the reward of free pie all the more enjoyable in the end.

Participant and amateur pie baker, Kelsey Chaloux, said, “I’m from South Florida and I told my mom and she was like ‘You have to make a Key Lime pie,’ so I made the first test run with her, then I came back out to California, made a couple and added my own little flairs.”

Dave Holstein whose parents were bakers explained his Elvis Pie creation: “There’s a graham cracker crust, then a layer of peanut butter mousse, then a layer of banana cream, then a marshmallow meringue that’s toasted and covered in crushed peanuts. Elvis’ favorite sandwich was a peanut butter banana and it kind of came from that.”

For something a little bit stronger, Raquel Rodriguez made an extra caffeinated Vietnamese Coffee Pie “from Vietnamese instant coffee and also cold brew coffee and the whip is condensed milk and some more coffee powder.”

Patrick Conlon a guest at the competition said, “It was a cool event because it was a rare experience to witness all the types of genres of pie that you otherwise would have no idea it was like an exposure to the world of pie.”

Turns out there is a wonderful world of pie out there and KCRW’s annual pie contest brings them all together for one special day when even pie novices get to dine like kings and queens. 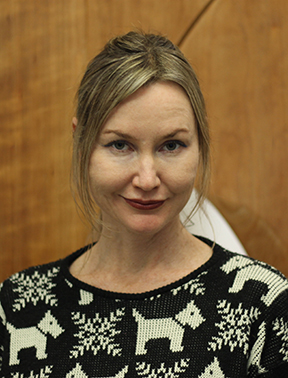 She holds a bachelor’s degree in political science and hopes to transfer to USC Annenberg School’s graduate program in journalism. 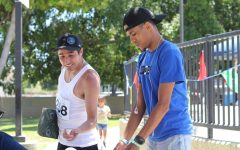 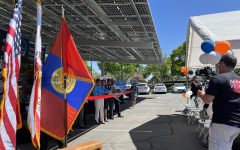 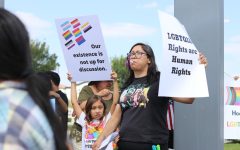 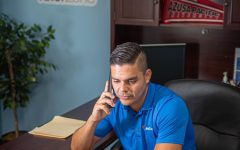 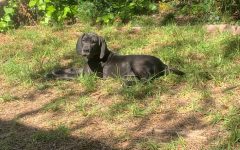 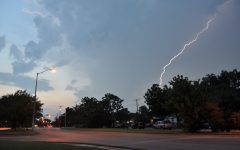 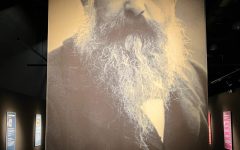