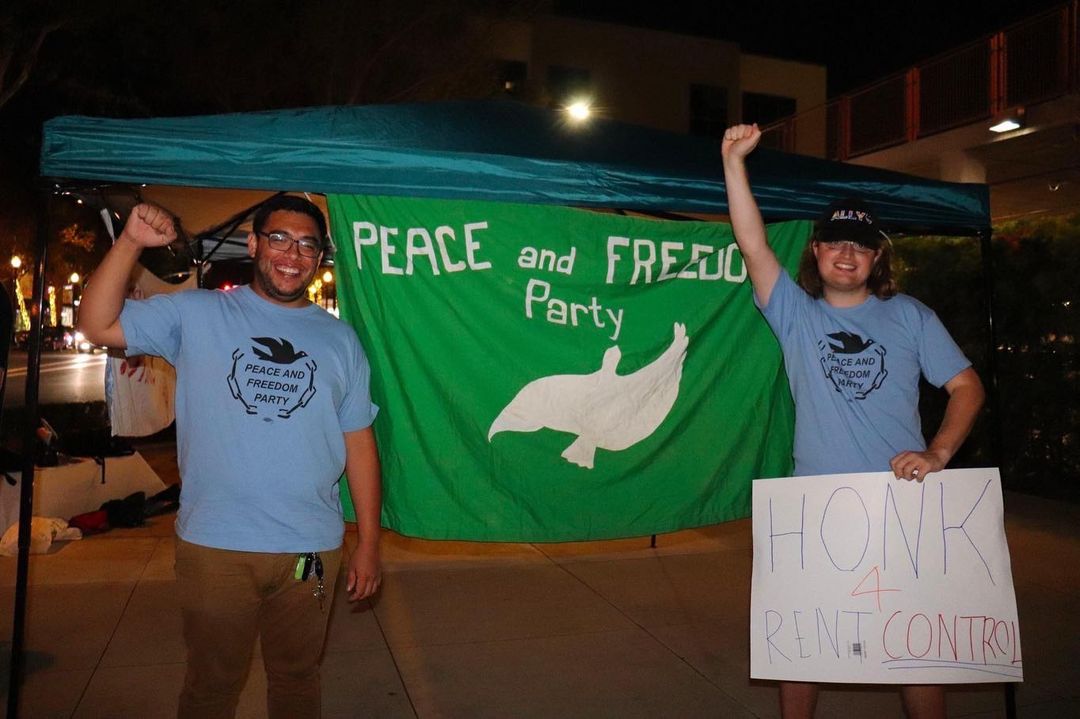 The Peace and Freedom Party came out to support a protest during the Sept. 20 fundraiser.

A fundraiser for Blanca Pacheco, the first Latina elected for the Downey City Council and as the mayor of Downey, was held on Sept. 20 to help gain momentum for Pacheco’s campaign.

The event was abruptly interrupted by protestors who supposedly represented Downey’s water district and advocated for rent control.

“We’re here to protest you people, you people are bad, you don’t want to clean the water, where’s the accountability,” said one of the protestors with his megaphone.

The protestor stated that Pacheco was going to allegedly receive a fundraiser from private water companies.

Cerritos College Board of Trustees member, Mariana Pacheco, shared her thoughts about the water issue which was advocated by the protestor.

“They’re going to do whatever they can to make it as noisy as possible, it’s nothing new by the way,” said Pacheco.

The Board of Trustee member said that the protestors wanted them to pay more money to treat the water and added, “Our water is fine and they tested it, it’s not an issue, they’ve already done reports and the council voted no.”

The organization that helped supported the protest was the Peace and Freedom Party in Los Angeles, who posted on their Instagram that they were invited by the downeytenantsunion.

“As a socialist party, we believe the speaker of the house should be the voice of the Californian working class,” the post said.

“We are socialist and we are supporting [the] working class issues like rent control, that Mayor Pacheco is against,” Aaron Reveles said.

Aaron Reveles is the leading member of the Peace and Freedom Party in Los Angeles, on the state committee, and currently running for MUSD school board, talked about the protest.

“We supported [the protest] but we did not create it,” Reveles said, “Socialism will win.”

Law enforcement later showed up, on behalf of the owners of the OLA Restobar, to ask the protestors to move further away from the restaurant because it impacted their business.

The event would have continued to be held outside so the OLA Restobar could continue its business indoors, but due to the event moving inside, it impacted its ability to run its establishment.

Emilio Sosa, a chief executive officer for The Arc of Los Angeles and Orange Counties, said, “She would support ending homelessness and increasing funding for education.”

Sosa also mentioned that Pacheco cares about all communities and that the cities she represents would also benefit the most.

Hahn is a strong, confident supporter of Pacheco and said that someone had reached out to her to find a potential candidate to run for the seat and that she immediately thought of Pacheco.

According to Hahn, Pacheco wanted to check with her family first and after a couple of days, Hahn called Pacheco to see if she had an answer.

Pacheco answered the call to run for a seat in the California State Assembly, which will be held on Nov. 8.