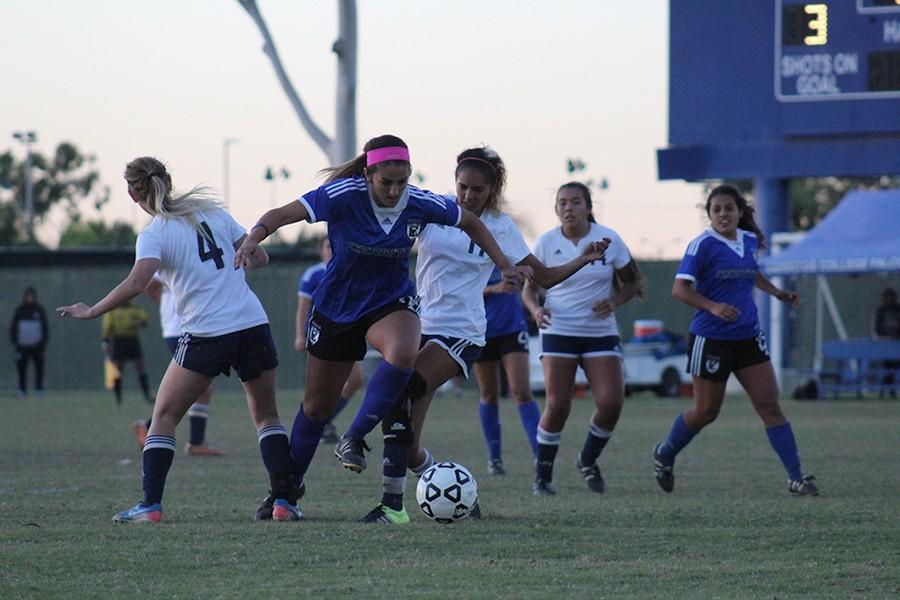 Freshman Jackie Garcia was in the 86th minute in the match, had a free kick outside the box and sent a bullet to the top right corner for the third goal of the game as the women’s soccer team defeated El Camino College 3-1 on Tuesday, Nov.10.

The women’s soccer team is still undefeated (17-0-3) and remained unbeaten in the season and is currently going into 38 games (35-0-3) without a loss dating back to last season, also recently clinched its 10th straight South Coast Conference title on Nov. 6, against East Los Angeles.

Dominating in the first half Cerritos had many chances created inside the box but couldn’t finish. The Falcons either had its shot nearly miss the goal or blocked by the defense of the Warriors.

Cerritos had twenty-three shots and only thirteen on goal.

The first goal of the game was by freshman Carolina Jaramillo as she was assisted by freshman teammate Natalie deLeon, Jaramillo dribbled past the goalie and scored for an open net in the 27th minute.

The second goal came before the end of the first half as freshman Leslie Walker dribbled in the box and had her shot go right back to her and passed it to an open freshman teammate Amber Whitmore who chipped her goal in the 41st minute in the first half.

Cerritos defense was unbreakable in the first half and held El Camino to a scoreless half.

Jaramillo said about the game, “I think it was an easy game in the first half we played well passing the ball, making goals and in the second half our confidence was too much to led the [El Camino] goal.”

In the second half El Camino’s sopohmore Rocio Najero scored in the 76th minute.

The Falcons defense this season has only allowed fifteen goals, while creating seventy-five goals on offense.

Leading 2-1 late into the game Cerritos was awarded a free outside the box and put the Warriors to sleep on a well executed free kick by Garcia which made it 3-1.

Head coach Ruben Gonzalez said, “It wasn’t one of our better games we struggled I think we came in a little overconfident. We won conference last week and we expected to do better and we didn’t.”

The Falcons will play its last game of the season away at El Camino-Compton Center on Friday, Nov.13 at 3 p.m.

Forward Jaramillo said about the next game, “I think it is easy but we can’t under estimate our rival and it’s our last game of the season and then playoffs start.” 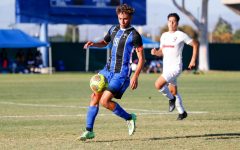