Cerritos College earned a pair of wins taking both games easily from both teams.

The day started off with Cerritos College playing against Rio Hondo College, which was the first conference game of the season for the team.

After the first match Cerritos College then hosted a second game against Cal Tech College as the team defeated Cal Tech 20-7 in a non-conference game.

Head coach Joe Abing said, “We played well it was a good opportunity for a lot of guys to get some playing time.”

“Hopefully we have good momentum and get inspired to have good practices,” Abing said on the next two games this Wednesday.

The team had a total of 44 goals in the two games played.

Sophomore utility Peter Roldan had a total of three goals in the two games.

Roldan said, “I think these were interesting games we came over here to accomplish something a certain defense and a certain offense and we were able to do that and the scoreboard goes and reflects that.” 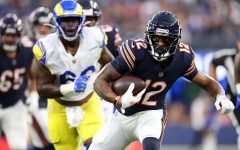 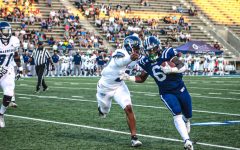